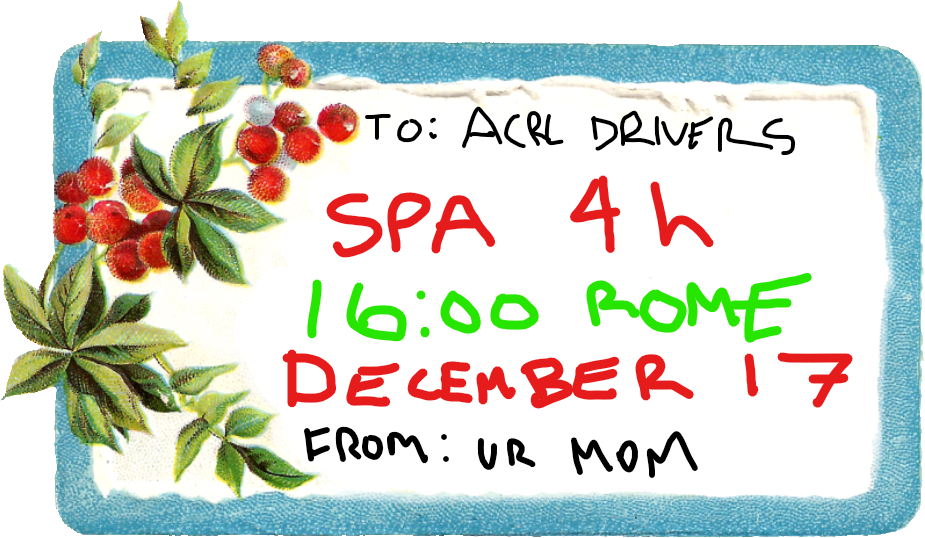 Registration for this season is not open yet. 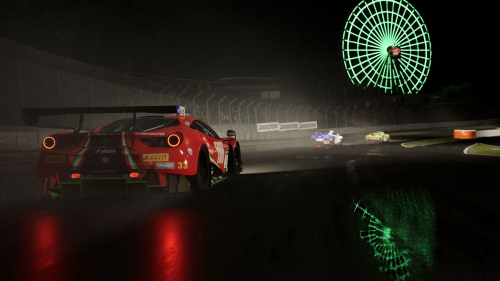 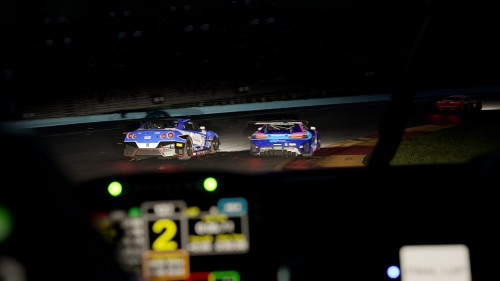 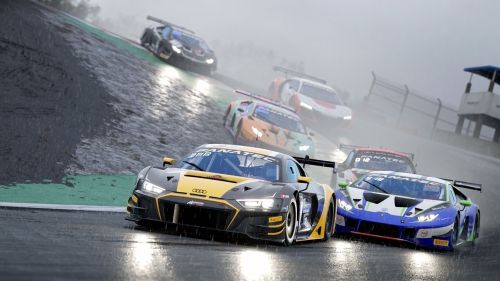 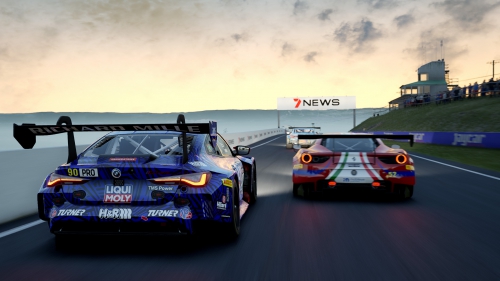 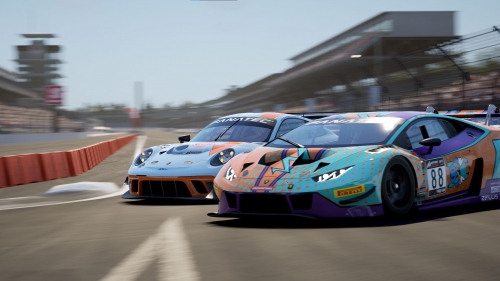 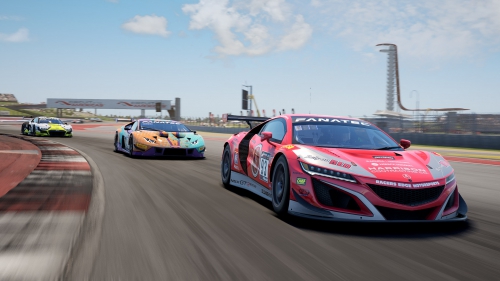 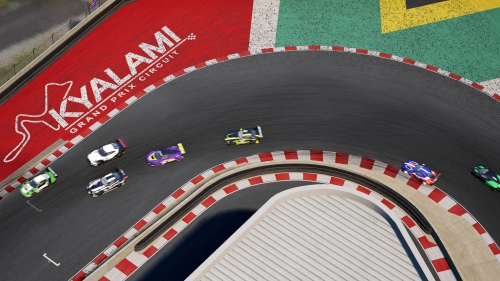 Welcome to Season 6 of ACRL's Assetto Corsa Competizione Sprint Series.  After last season's British GT theme, this season we're off to the ex-colonies.  And Japan, because there isn't a seventh track in an ex British Colony, although technically Britain did occupy Japan for a few years post WW2, so close enough.  Anyway, we digress.  You will need both the latest American Track Pack DLC, and the Intercontinental GT Pack.

This web site is mostly used for administration - joining seasons, checking in for races, submitting incident reports, scoring, etc.  Most of the human communication happens on our Discord server, including the mandatory driver briefings.  So you really should hop on over and join if you haven't already.

This season has the usual sprint format, with a 60 minute practice, 20 minute quali and 75 minute race, with mandatory pit stop.  Servers go up at 7pm Rome for the practice session.  Pre-Quali is also mandatory, with all drivers required to put in 3 consecutive, valid laps within 107% of the fastest time.  PQ servers are up for a full week prior to each event, see the Driver Briefing on each event page for details.  If there are more drivers that can fit on a single server, multiple splits will be decided by PQ order.

While we encourage you to stick to the same car for the whole season, you may change your car selection whenever you want, but only points scored in your currently selected car will count towards the championship.

The weather is expected to be temperate for the most part, but there will most likely be a couple of wet races.  Just to spice things up a little this season, not all races will be starting at the usual 3pm on Sunday in-game slot.  The season closer at Suzuka will be a sunset / night race, because the Ferris wheel looks pretty at night.  Bathurst starts at dawn because the mountain is beautiful at sunrise, and Watkins Glen is a full night race.

Driver briefings in our Discord voice chat are mandatory for each event.  While we understand not everyone can make every briefing, and yes, you've heard it all before, but please do make an effort to attend, if only for any track specific issues race Control will be watching for.

After experimenting last season, we are now officially supporting custom liveries, see the wiki for details.  If you do run a custom skin, please make sure that you join the server prior to quali starting, to avoid any stuttering for other drivers as your skin is loaded.

If you have not done so yet, please read at least Section 5, "On-Track Rules", of the ACRL Rules 'n Regulations governing on track behavior and racing rules, and pay particular attention to the rules governing passing / overlap and Blue flags.

We thank you for racing with us, see you on track, and always remember the ACRL Golden Rule ... Don't Be A Dick.

Logged in members can vote for clips. If a clip is entered for an award, votes count towards the end of season awards.